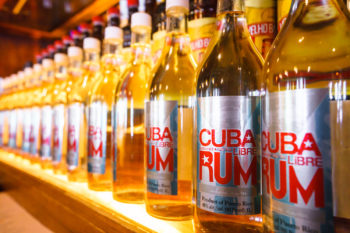 Cuba Libre Restaurant & Rum Bar today announced the launch of “Cuba Libre for a Cuba Libre,” a companywide promotion in support of the #SOSCuba movement. The month-long promotion coincides with National Rum Month, which begins on August 1 and lasts through August 31, at all Cuba Libre locations (Philadelphia, Atlantic City, Washington DC, Orlando and Fort Lauderdale) and brings awareness to the ongoing plight of the Cuban people with 50% of the proceeds from the sale of its Cuba Libre cocktail benefiting Cuba Decide.

In addition to celebrating National Rum Month, Cuba Libre will mark National Rum Day on Monday, August 16, with its annual tradition of half-price rums and rum drinks during Happy Hour (sí, every single rum!), from 4 p.m. to 6 p.m. at the bar. That’s right – any cocktail mixed with rum or any sipping rum, or rum flight will be half-off during Happy Hour