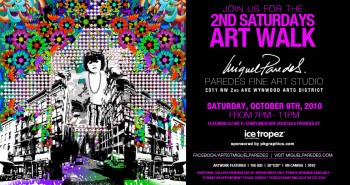 At Paredes Fine Arts Studio, the artist will exhibit select pieces and sculptures from collections such as Los NiÃ±os, Urban Dreams and Pulgha & Birds.