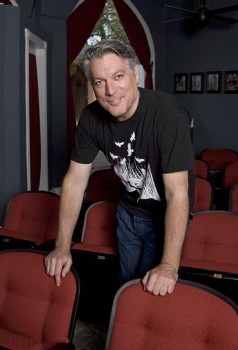 Tickets to the 2011 Oscar Night America Miami Beach are available for $125 or $110 for Miami Beach Film Society & Cinematheque and MIFF members. Ticket prices include food and beverages, tax and gratuity, a $25 Escopazzo gift certificate, the official 83rd Annual Academy AwardsÂ® program booklet and other event memorabilia.

The Academy of Motion Picture Arts and Sciences has selected the Miami Beach Film Society to host and be the beneficiary of the official celebration in Miami for the Oscar NightÂ® America (ONA) party. Oscar NightÂ® America viewing parties are the official nationwide celebrations of the OscarsÂ®. ONA Miami Beach 2011â€™s cocktail soirÃ©e will also act as a grand opening event hosted at the film societyâ€™s yet to be unveiled cinematheque, located inside the historic Miami Beach City Hall, on OscarÂ® Sunday, February 27, 2011.

About Frank Worth
As a freelance photographer during Hollywoodâ€™s Golden Age, Frank Worth befriended many of the stars he snapped at parties, on movie sets and at play. But he stored away many of his best shots as private mementos until the day he died. Only now are this largely unknown artistâ€™s remarkable images finally coming to light.

With his gregarious, big-hearted, outsize personality, photographer Frank Worth befriended Hollywoodâ€™s biggest names in the 1940s and 1950s, gaining access to their most private moments. He bonded with James Dean over their mutual love of fast cars, hung out with Sinatra and the Rat Pack, took photos at Elizabeth Taylorâ€™s first wedding and charmed a young Marilyn Monroe.

He photographed the stars at work, at home and at play, from glitzy parties and awards shows to casual outings at Dodger Stadium and trips to Las Vegas. These werenâ€™t the cloak-and-dagger stalkerazzi photos of today; the stars enjoyed Worthâ€™s company and he had and instinctual knack for getting them to let their guards down, comfortable enough so that he could snap Rita Hayworth sunbathing in her garden or James Dean talking on the phone while taking a pee.

Worth amassed an intimate pictorial history of Hollywood in the boxes strewn about his cramped apartment in West Hollywood and thatâ€™s where they remained, almost unseen by the public, until he died at age 77 in 2000, close to penniless.