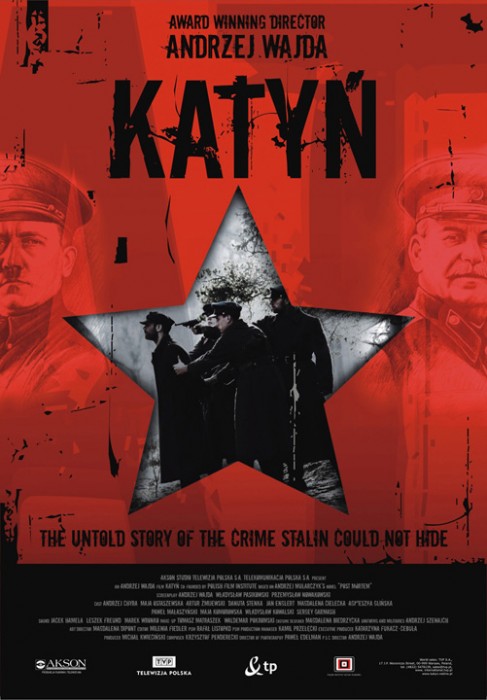 24 SUN 8:30pm:
An MBC Premiere HD DIGITAL Presentation!
In collaboration with Emerging Pictures
Miami Theatrical Premiere!
2008 OSCARÂ® Nominee Best Foreign Language Film!
KatyÅ„
(Directed by Andrej Wajda/Poland/2008)
With Artur Zmijewski, Maja Ostaszewska, Andrej Chyra
In master Polish filmmaker Andrej Wajda’s most important and highly anticipated new film, a story of Polish officers murdered by the NKVD in KatyÅ„ during World War II. It is a picture of women unaware of the crime, who were waiting for their husbands, fathers, sons, and brothers; an uncompromising reckoning with the lie of the communist powers, that was to order Poland to forget those who were killed by Stalin’s secret police. It is a film about the invincible struggle for memory and truth.
In Polish with English subtitles.
WINNER: Polish Film awards Best Film, Cinematography, Production Design
Audience Awards: Washington DC Film Fest, Denver Int Film Fest, Ljubljana
â€œPOLAND’S GREATEST FILMMAKER caps his career with the story he waited most of his life to tell.â€-Village Voice
â€œCRITIC’S PICK! a film with a stately, deliberate quality that insulates it against sentimentality and makes it all the more devastating.â€-New York Times
For tickets click HERE