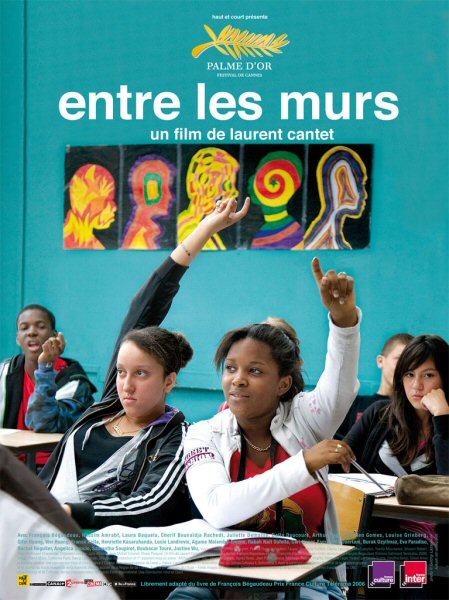 22 FRI, 23 SAT 8:30pm:
The Best of CANNES in HD!
Cannes Film Festival 2008 WINNER Palm d’Or!
An MBC Premiere HD Digital presentation
in collaboration with Emerging Pictures
The Class
(Directed by Laurent Cantet/France/2008)
With FranÃ§ois BÃ©gaudeau, Nassim Amrabt, Laura Bacuela, Juliette Damaille
FranÃ§ois and his fellow teachers prepare for a new year at a high school in a tough neighborhood. Armed with the best intentions, they brace themselves to not let discouragement stop them from trying to give the best education to their students. Cultures and attitudes often clash in the classroom, a microcosm of contemporary France. As amusing and inspiring as the teenaged students can be, their difficult behavior can still jeapordize any teacher’s enthusiasm for the low-paying job. FranÃ§ois insists on an atmosphere of respect and diligence. Neither stuffy nor severe, his extravagant frankness often takes the students by surprise. But his classroom ethics are put to the test when his students begin to challenge his methods…
In French with English subtitles.
WINNER: Cannes Film Festival Palm d’Or
â€œThe Class ranks with the very best films ever made about teaching, and it’s unlike any English or American film about teaching ever made.â€-The Baltimore Sun
For tickets click HERE