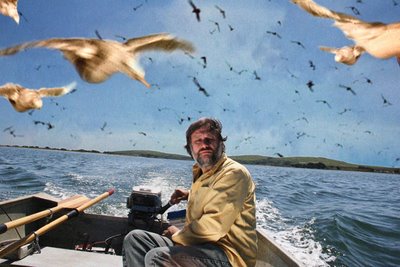 The Pervert’s Guide To Cinema takes the viewer on an exhilarating ride through some of the greatest movies ever made. Serving as presenter and guide is the charismatic Slavoj Zizek, acclaimed philosopher and psychoanalyst. With his engaging and passionate approach to thinking, Zizek delves into the hidden language of cinema, uncovering what movies can tell us about ourselves. Whether he is untangling the famously baffling films of David Lynch, or overturning everything you thought you knew about Hitchcock, Zizek illuminates the screen with his passion, intellect, and unfailing sense of humor.
WINNER: British Independent Film Awards Best Documentary
â€œHighly entertaining and often brilliant.â€ â€“Guardian (UK)
â€œHere’s a film guaranteed to make you smarter than all your friends for 48 hours, or at least feel like you are.â€ â€“Minneapolis Star Tribune
* * * * * â€œESSENTIAL VIEWING FOR CINEPHILES! But also for anyone else interested in the enduring power of cinema.â€â€”Time Out
For tickets click HERE