arteamÃ©ricas â€“ the premier fair of art from Latin America â€“ will be returning to Miami for the 7th consecutive year. For four days, with the presence of 70 galleries, the Miami Beach Convention Center will be an epicenter of Latin American culture, where the traditional, modern and contemporary will converge. Donâ€™t miss out on this unique opportunity to see paintings, sculpture and multimedia art from established masters and emerging artists, representing decadesâ€™ worth of artistic evolution throughout Latin America â€” all under the same roof. 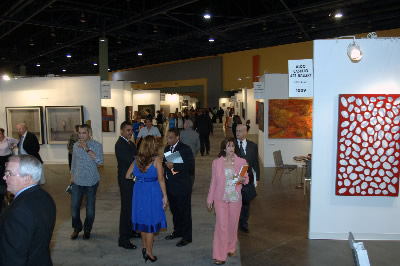 MIAMI, FL arteamÃ©ricas, the premier fair of art from Latin America, will be
returning to Miami for the seventh consecutive year. Starting on Friday, March 27 through Monday, March 30 , arteamÃ©ricas will showcase the latest trends in paintings, sculpture and multimedia from contemporary artists as well as renowned masters at the Miami Beach Convention Center.

In just seven years, arteamÃ©ricas has become one of the worldâ€™s most important and prestigious fairs of Latin American art. The best galleries from Argentina, Colombia, Costa Rica, Ecuador, Haiti, Mexico, Panama, Peru, Puerto Rico, Spain, Uruguay, the Dominican Republic, the United States and Venezuela will be in attendance this year.

Year after year, arteamÃ©ricas exceeds all expectations with outstanding exhibits, a diverse audience, and excellent sales, while maintaining its intimate, boutique feel. The art available at arteamÃ©ricas ranges from $2,000 to close to one million dollars.

arteamÃ©ricas is directed by Leslie PantÃ­n, serving as the fairâ€™s president, Emilio Calleja as Vice President; and Diego Costa Peuser, publisher of Arte al DÃ­a Internacional and
director of PINTA Art Fair in New York as Fair Director of arteamÃ©ricas. 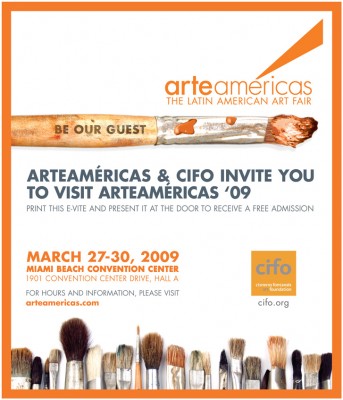