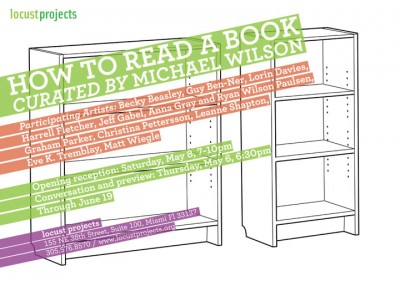 “HOW TO READ A BOOK”
Curated by Michael Wilson
Reception: Saturday, June 12, 7-10pm
Through June 19