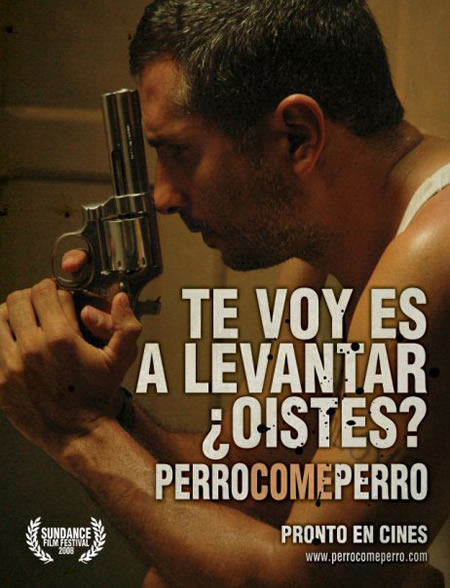 Dog Eat Dog, a tale of double-crosses and retribution is Colombia’s official entry to the Academy Awards for Best Foreign-Language Film. El Orejon is an agoraphobic crime boss who lives surrounded by telescopes in a luxury high-rise apartment in the center of Cali, Colombia. When his godson is killed he asks a voodoo priestess to avenge the murder by casting a deadly spell on the shooter, Eusebio. Miles away, Victor is hired by the boss to carry out a job, but makes a disastrous decision to break the sacred law of the crime world and keeps the cash for himself. As the stash of money passes from hand to hand, who will have the wits to be the last one standing?
WINNER: Gramado Film Festival Best Director, Best Actor, Best Cinematography
Guadalajara Mexican Film Festival Best Actor
Official Selection: Sundance Film Festival, Miami Int. Film Festival
“Dog Eat Dog” is a very funny film, not in the traditional devices of the one-liner and wisecracks, but in a more subtle language of facial expressions. The slow but confident pace, which is engaging and tense, is unusual in a film of its type and gives lie to just how boring the frantic editing of recent thrillers has become.â€-Quiet Earth
For tickets click HERE