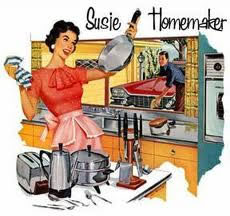 Join us at the Federal through a culinary voyage across the decades.

Every month through August, Chef Cesar Zapata will be revamping classic Americana inspired recipes in his unique 21st century twist. Now anyone whoâ€™s ever dreamt of travelling back in time can actually do so without having to encounter Doc Brown or be kidnapped into a DeLorean!

June features the 1950s, a decade made famous for fast food, TV dinners, the beginning of foods on the go and, the ever frightful, foods in a mold (aka. Jello molds, tuna molds, etc.)

In addition to our culinary theme, we will partnering up with Augustan Wines in order to bring guests the finest vinous pairing found. Augustan Wines just so happens to have one of the most comprehensive, American, boutique wine selections in the market and is naturally the perfect fit for the launch of the first of three dinner series. Read below a bit more about Augustan…Believe it or not, they don’t sell a single “bad” wine!

A taste of whatâ€™s to comeâ€¦