As the social season (and cooler weather) approaches, The Ritz-Carlton Key Biscayne, South Beach and Fort Lauderdale will launch a new season of Full Moon gatherings, whose humble beginnings emanated from a history book describing Tequesta Indians naming Key Biscayne â€œBischiyano,â€ which meant â€œfavorite path of the rising moonâ€ in their language.

Our romantic imaginations took off, and the Full Moon parties began. You have three soirees to choose from â€“ all beautiful, with different, creative variations; some with mystical themes, one with a charitable component, and one with its own Constellation Concierge to point out the celestial sights in the heavens. 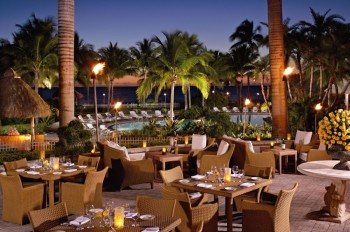 The Ritz-Carlton Key Biscayne, Miami Moonrise Dinner Dates:
2011: November 10; December 10
2012: January 9, February 7, March 8, April 6, May 6, June 4
When the Tequesta Indians first landed on Key Biscayneâ€™s idyllic shore, they named it â€œBischiyanoâ€ (â€œFavorite Path of the Rising Moon,â€) for its breathtaking natural phenomenon. The Ritz-Carlton Key Biscayne, Miami was so inspired by the monthly occurrence, it created â€œMoonrise dinnersâ€ at signature restaurant Cioppino to transport guests to the mystical past. With an ever-changing four-course menu from Italyâ€™s gastronomic regions created by master Italian Chef Ezio Gamba, tabletop telescopes, and a Constellation Concierge, which is a private guide to the night sky that helps guests pinpoint celestial objects, including stars, planets, comets, nebulae, star clusters and galaxies, this is one of Miamiâ€™s best kept secret dinners. Well-priced at $60 per person / $90 per person with wine pairings (or the option to order from the Cioppino menu). (305-365-4286)

While The Ritz-Carlton Key Biscayne, Miami island location lends itself to romantic dinners under the stars, The Ritz-Carlton, South Beach and The Ritz-Carlton, Fort Lauderdale create party atmospheres. Both soirees are open to the public, have reduce-priced valet parking, cocktail & appetizer specials and the cityâ€™s top DJs spinning. 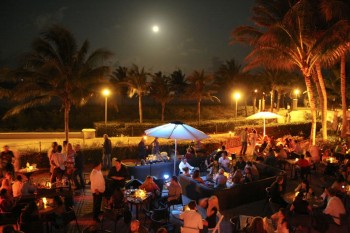 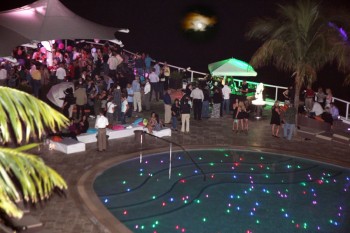