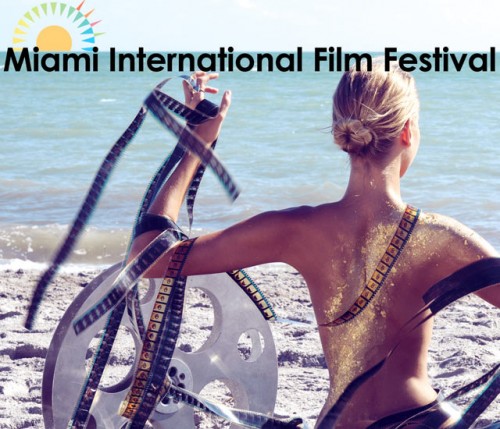 Tickets on Sale Today for 2010 Miami International Film Festival
February 19th, 2010
The 27th edition of the Miami International Film Festival (MIFF), which takes place March 5th – 14th, 2010, is produced and hosted by Miami Dade College. This yearâ€˜s Festival will showcase 115 films from 45 countries, including five world premieres, 22 North American premieres and 14 U.S. premieres. This yearâ€™s competition categories include Ibero-American, World, DOX, Cutting the Edge and Shorts. Special sections unique to MIFF include Cinema 360Ëš, Encuentros, REEL Education Seminar Series, Florida Focus and the inaugural Diesel Online Shorts Competition.
“Once again we are very pleased to bring the region a dynamic and provocative Festival program. I am especially pleased with the many educational opportunities the Festival will afford with its many seminars, workshops and timely conversations,” said Dr. Eduardo J. PadrÃ³n, President, Miami Dade College.
TOP TALENT AND HIGHLIGHTS
Among the films screening at MIFF this year are the dramas CITY ISLAND, starring Miami favorite Andy Garcia, his daughter Dominik GarcÃ­a-Lorido and Screen Actors Guild and Golden Globe winner for Best Female Actor in a TV Drama Series, Julianna Margulies (THE GOOD WIFE); PLEASE GIVE, starring Amanda Peet, Catherine Keener and Oliver Platt; documentary films, including the international film festival circuit premiere of THE BEATLES ON RECORD by Bob Smeaton and the U.S. premiere of HUGH HEFNER: PLAYBOY, ACTIVIST AND REBEL by Academy Award-winning filmmaker Brigitte Berman. The Festival will also feature the critically acclaimed premiere of Swedenâ€™s THE GIRL WITH THE DRAGON TATTOO (MÃ„N SOM HATAR KVINNOR) by Niels Arden Oplev and two Best Foreign-Language Film Oscar nominees: Argentinaâ€™s THE SECRET IN THEIR EYES (EL SECRETO DE SUS OJOS) by Juan JosÃ© Campanella and Peruâ€™s THE MILK OF SORROW (LA TETA ASUSTADA) by Claudia Llosa.
“Attending a film festival is not like going to the regular cinema,â€ explains Artistic Director Tiziana Finzi, a 21-year film festival programming veteran previously with Locarno, Cannes and Venice. This year marks her second Festival in Miami. â€œIt is important to create an experience where you take your time, have a journey around the world and see films that, often times, have little chance to be distributed in mainstream U.S. theaters.”
Ken Loachâ€™s LOOKING FOR ERIC, starring world-famous Manchester United football player Eric Cantona, will raise the curtain on Friday, March 5 as the official Opening Night Film; while THE SECRET IN THEIR EYES (EL SECRETO DE SUS OJOS) will bring the Festivalâ€™s activities to an end on Saturday, March 13 as the official Awards Night film.
TRIBUTE
This yearâ€™s Career Achievement Tribute ceremony on Wednesday, March 10 at the Gusman Center for the Performing Arts will honor German film director Margarethe Von Trotta, who is most recognized for her films SHEER MADNESS (1983), ROSA LUXEMBURG (1986), ROSENSTRASSE (2003,) and I AM THE OTHER WOMAN (2006). Considered a pioneer and an icon of international feminist cinema since the 1970s, this acclaimed German actress and director ranks among the worldâ€™s most important filmmakers. The award presentation will be followed by a special screening of her newest film, VISION, starring her long-time muse, award-winning actress Barbara Sukowa, as Benedictine abbess Hildegard of Bingen, a visionary leader who is credited with ushering Europe out of the Dark Ages and into the Renaissance.
The complete MIFF program is available in print or online at www.miamifilmfestival.com. Tickets are available Friday, February 19th to the general public and can be ordered online at www.miamifilmfestival.com or by phone 305.405.MIFF (6433).
About the Miami International Film Festival:
The Miami International Film Festival (MIFF) is the only major film festival based at an institution of higher learning. MIFFâ€™s mission, in conjunction with the cultural objectives at Miami Dade College – the nationâ€™s largest institution of higher education – is to bridge cultural understanding; endorse tolerance; and encourage artistic development and excellence within a vigorous academic setting by provoking thought through film.
Miami International Film Festival
Ph: 305.405.6433
www.miamifilmfestival.com
For more information about local openings and events, please visit www.miamiartguide.com