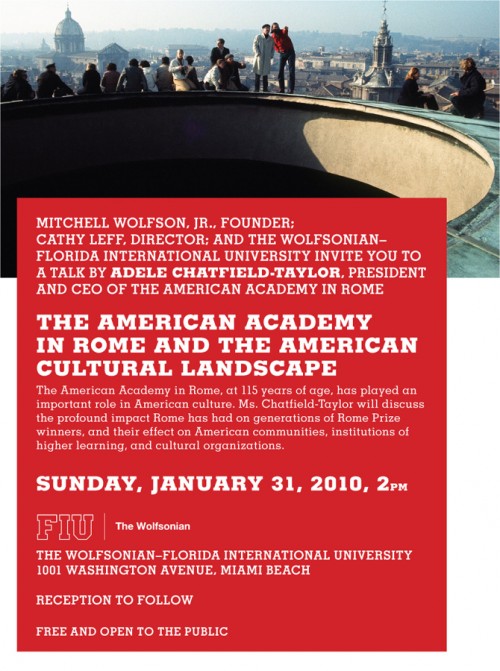 Mitchell Wolfson, Jr., founder; Cathy Leff, director; and The Wolfsonian-Florida International University invite you to a talk by Adele Chatfield-Taylor, president and CEO of the American Academy in Rome

The American Academy in Rome, at 115 years of age, has played an important role in American culture. Ms. Chatfield-Taylor will discuss the profound impact Rome has had on generations of Rome Prize winners, and their effect on American communities, institutions of higher learning, and cultural organizations.