OPENING RECEPTION FOR FROM MIAMI WITH LOVE
Some of the earliest pioneers in the rediscovery and renovation of Miami Beach’s Art Deco buildings in the 1980s and 90s were gay artists and designers. Having found inexpensive work and living spaces, they were inspired by the dazzling tropical light and growing diversity of South Beach to create art expressing homoerotic themes. 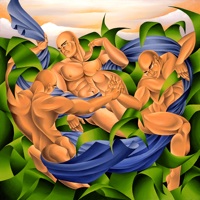 The exhibition From Miami With Love includes works by some of these local artists, as well as from gay artists worldwide. The exhibit has been organized by the Cultural Center of Spain (CCE), as a part of a traveling contemporary art show entitled Historias de Amor (Love Stories), a selection of more than 50 pieces from ColecciÃ³n Visible, a Spanish foundation that has been working for years in creating a gay-oriented art collection. The foundation’s objective is to create a gay art museum in Spain where works by the most relevant 20th Century artists could be presented, and to highlight the role of homosexuals in contemporary art.

In addition to the exhibit, CCE and Hardcore will offer several parallel activities to the 2009 Miami Beach Gay Pride, including the special preview of the Spanish musical “TÃ³mbola” by Marisol, at the Miami Beach Cinematheque, a Spanish gay film series, and a roundtable for gay activists and experts in contemporary art on the importance of art in the fight for homosexual rights to be held in the Bass Museum.

The exhibit will be open weekdays from 10 am to 5 pm until the end of April. Free admission.