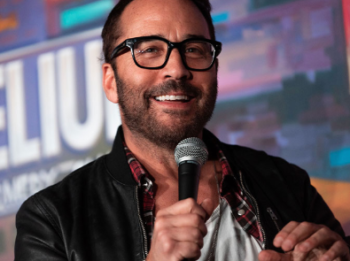 Jeremy Piven is best known for his iconic role of Ari Gold on the hit HBO series “Entourage.” Other television credits include “Wisdom of the Crowd” and “Mr. Selfridge.” Along with the film version of “Entourage,” Piven has also been featured in hit films “Sin City – A Dame to Kill For,” “Old School,” “Black Hawk Down,” “Serendipity,” “Very Bad Things,” “The Kingdom,” “Singles,” “Smokin Aces,” “RocknRolla” and “The Player.” Piven’s upcoming films include “Crabs in a Bucket” and “American Night.”