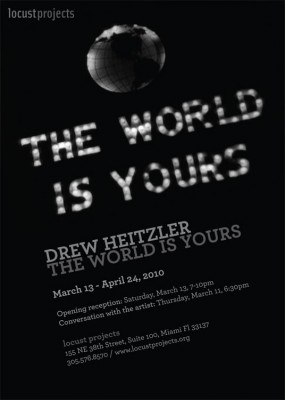 Drew Heitzler
THE WORLD IS YOURS
Reception: Saturday, April 10, 7-10pm
Through April 30

Tickets to Locust Projects’ Spring Fling Fundraiser Gala and Silent Auction at the Sagamore, Art Hotel are on sale now!