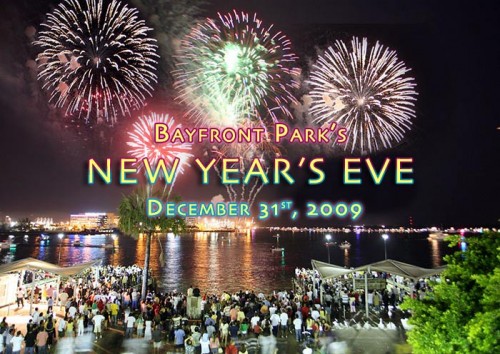 Thursday, December 31, 8:00pm-Midnight: Bayfront Parkâ€™s New Yearâ€™s Eve
Itâ€™s time to ring in the new year and Bayfront Park is the place to be for the largest FREE party in south Florida! Join us for a Disco Dance Party and count down to midnight with Miami’s own, “Big Orange.” At the south end of the park, this New Yearâ€™s Eve icon will slowly ascend the side of the Hotel Intercontinental, reaching the top at midnight in conjunction with a grand display of fireworks shot over beautiful Biscayne Bay.

No bottles, cans, coolers, or fireworks can be brought into the park.

Bayfront Parkâ€™s New Yearâ€™s Eve is presented by Bayfront Park Management Trust, a limited agency of the City of Miami, with support from the City of Miami, the Mayor and the Miami City Commission. Additional support is provided by the Miami-Dade County Department of Cultural Affairs, the Cultural Affairs Council, the Mayor, and the Miami-Dade County Board of County Commissioners; The Greater Miami Host Committee, and Bayside Marketplace. Our fine sponsors include Comcast, The Miami Herald, and El Nuevo Herald.