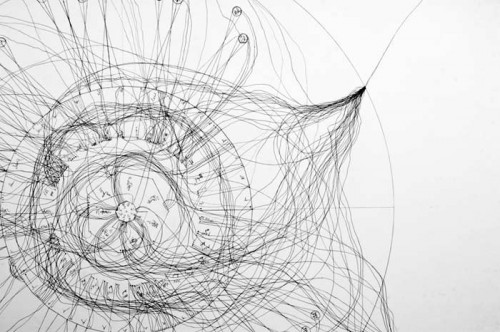 Join us for Fieldwork, an exhibition by the Paris based artist, Richard HÃ¶glund. Richard will exhibit a body of work including video, sculpture, drawing, and sound â€” all pieces which were created in Miami over the past several months . The exhibition will open on October 10th, from 7- 10 p.m. and the artist will give a gallery tour on October 17th (please contact Diet for further details).

HÃ¶glund has exhibited work at the Lyon Biennial, The National Gallery in Bulgaria, was a finalist for the Jean Claude Reynal prize and is a recipient of the Prix Jeune Creation, Paris. This year Richard has been an artist in residence at the Samband Islenskra Myndlistarmanna in ReykjavÃ­k, Iceland, and in 2010 will exhibit and be on residence with the Villa Bernasconi in Geneva, Switzerland, where he is also creating a citywide project supported by the MAMCO (Museum of Modern and Contemporary Art), Geneva.

This will be Richardâ€™s second solo exhibition at Gallery Diet where he is represented.

About Diet: Located at 174 NW 23 Street in Miami, Florida Diet represents five emerging and mid-career artists. Dietâ€™s artist roster includes Brian Burkhardt, Charley Friedman, Richard HÃ¶glund, Abby Manock, and Daniel Milewski, whose work is exhibited alongside that of an invitational series of exhibitions by artists from around the world.