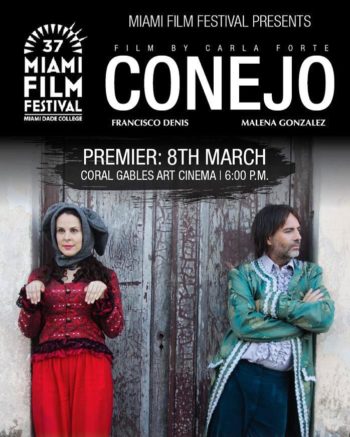 Venezuelan filmmaker Carla Forte trained initially as a dancer — her dance video works have been featured in countless festivals and galleries internationally. In her new film, she draws on her expertise about the about the demanding rehearsal process and fuses it with her unique storytelling style to create an unforgettable dynamic between two characters immersed in the creative process.

A director and an actress rehearse for a play called “Rabbit.” As they rehearse in total isolation and in increasingly grueling circumstances, two stories begin to develop and intertwine: the creation of a character, and the daily lives of those involved in its creation. Psychological abuse and mistreatment by the director soon bring the actress to a point where her deepest desires merge into the character she represents: the rabbit.