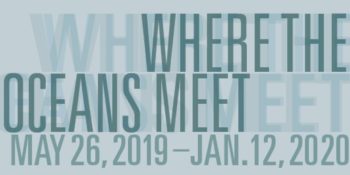 Pioneer of the Créolité movement, Raphaël Confiant interweaves excerpts from his writings with musings on Martinican philosopher, poet, and literary critic Édouard Glissant to unpack issues underlying Where the Oceans Meet, such as the interplay between language and identity.

Raphaël Confiant was born in Le Lorrain, Martinique. He studied English and political science at the Sciences Po Aix, and law at Paul Cézanne University in Aix-en-Provence, France. During the 1970s, Confiant became a militant proponent of use of the Creole language, and later worked with Jean Bernabé and Patrick Chamoiseau to create the Créolité movement. Together, the three authors wrote the movement’s seminal text, Eloge de la créolité (In Praise of Creoleness, 1989), in addition to other theoretical texts. The Créolité movement is often characterized as a reaction to the Négritude movement, which emphasized the African origins of the Antillean people. Créolité, on the other hand, emphasizes the diversity of Antillean ancestry and cultural heritage, which also includes Chinese, Indian, and European influences. The movement seeks to understand the diverse identities and histories of the people of the Antilles through the lens of literature and language and eschews the universal in favor of a diverse view of language and identity. Confiant is a well-known writer in both Creole and French and is currently a lecturer at the University of the French West Indies and Guiana (UAG).