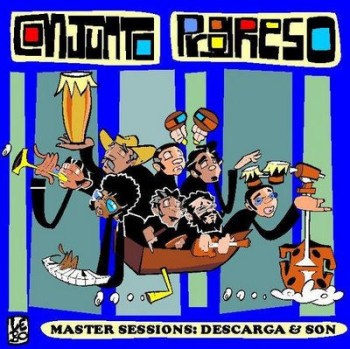 The Museum of Contemporary Art, North Miami (MOCA) is thrilled to announce Conjunto Progreso as part of the monthly Jazz at MOCA series. This long-established Cuban Son ensemble has charmed audiences everywhere with their ability to transport audiences to a nostalgic era of early Cuban popular music. Co-founded by Johnny AguilÃ³ and Jose Elias in 1999, the group has since grown from a quartet to a group of nine members.

Through the many years of performing, Conjunto Progreso displays an array of legendary artists including Johnnyâ€™s father Rolando â€œEl Rusoâ€ AguilÃ³, Congrego Luis Miranda, and bassist extraordinaire Eddie â€œGUA GUAâ€ Rivera of the renowned group Batacumbele. Their familiarity on stage spans back to many major orchestras and musical associations in Cuba.

Their anticipated debut album titled â€œMasters of Cuban Sonâ€ was released in 2004. The record showcased an array of songs by legendary Cuban composers and astonishing arrangements from several members of the group. Their music is so widely acclaimed by the American public that they were honored with a 2006 Grammy Award Nomination under the category of Best Traditional Tropical Latin Album.