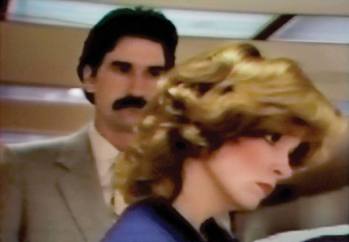 The woman both follows and is followed by a male figure, who appears to exist somewhere between reality and fantasy, within a carefully structured and intoxicating elevator-music-filled department store. The piece conflates romantic desire with consumer desire, as both figures perpetually search. Following a screening of the 28-minute video in the auditorium, Judith Barry will be in conversation with PAMM Chief Curator and Deputy Director Tobias Ostrander, followed by a Q&A.