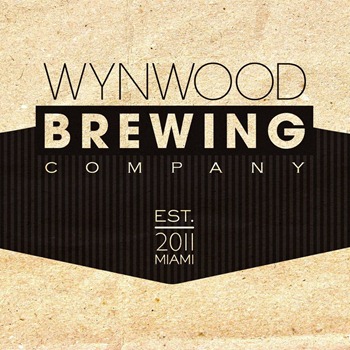 What could be better than â€œHandmade in Miamiâ€ brews in the Wynwood Arts District during Art Basel? On Wednesday, December 4th the Wynwood Brewing Company, the first production craft brewery in the city of Miami, will have a Grand Opening of their Tasting Room at 565 NW 24th Street starting at 4 p.m.  During the festivities there will be a concert with Cog Nomen and Tony Laurencio (from Afrobeta and Beatmachines) and the unveiling of amazing art from notable muralists who have been working in the space for the last couple of weeks like Claudio Picasso (CP1), Eva Ruiz, Trek Six, Ernesto Kunde (KundeArt), Ruben Ubiera, Casey Waterman, and Daniel Fila (Krave), among many.

For the past several weeks the WBCo team has been working feverishly with new brewmaster Nik Mebane creating new seasonal brews to offer for the Tap Room opening. They have also been busy commissioning excellent work from renowned artists in the area to create a space that is representative of the Wynwood Arts District. Part of the funding for the murals and art projects was provided by the Awesome Foundation.

The Wynwood Brewing Company brews three year-long craft beers: La Rubia, a blond ale; Popâ€™s Porter and the Wynwood IPA.  Nine other seasonal brews will be on tap including La Oscura, an American Stout, and the Lupulado Batch #2, an Imperial IPA. (list included)

In addition on December 4th, there will be a special tapping at 8 p.m. of the new Wheat Wine. Only two kegs will be on hand.