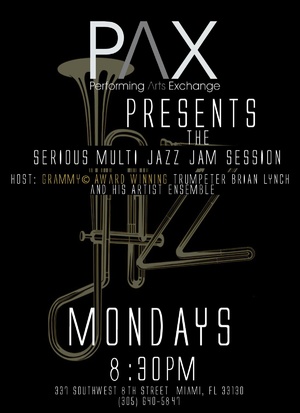 The Brian Lynch Afro-Caribbean Jazz Artist Ensemble, conducted by Grammy Award winning trumpeter and Frost School of Music professor Brian Lynch, performs original compositions and new arrangements of modern jazz repertory in the exciting and propulsive idiom known as Latin Jazz. Professor Lynch directs his hand picked ensemble of talented young musicians and performs with them as his own group.