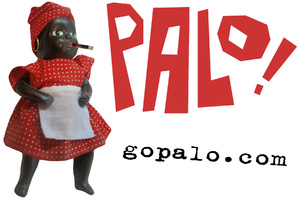 PALO! hits the stage with the Afro-Cuban Funk.

PALO! was formed in 2003 when Steve Roitstein invited fellow musicians Leslie Cartaya (vocals), Philbert Armenteros (vocals, percussion), Ed Calle (sax) and Raymer Olalde (vocals, percussion) to join him in an improvised musical experiment combining Cuban music with funk beats. PALO! immediately began a residency at Hoy como Ayer, one of the areaâ€™s best live music clubs. They soon started performing in many other area venues. PALO! has been featured at events such as Carnaval on the Mile, Art in the Park, the Amigos For Kids Charity, Miami Book Fair, Arsht Center Fall for the Arts, and the Miami Music Festival.

PALO! has performed for packed houses at New Yorkâ€™s legendary SOBâ€™s, Ryles Jazz Club and Villa Victoria Center for the Arts in Boston, and the Chicago Folk and Roots Festival. The band often appears at venues throughout South Florida.

Their first CD, â€œThis Is Afro-Cuban Funkâ€ is available on gopalo.com as well as in music stores, on iTunes and other digital stores.