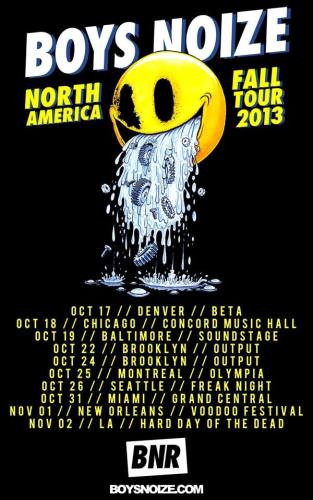 Alex Ridha (aka Boys Noize) was first known for his influential work as a producer and remixer for Daft Punk, Depeche Mode, Santigold, Scissor Sisters and Feist. Voted by Rolling Stone as one of the top 10 “DJs Who Rule The Earth,” in 2012, Boys Noize has since toured the world and released three full-length albums.