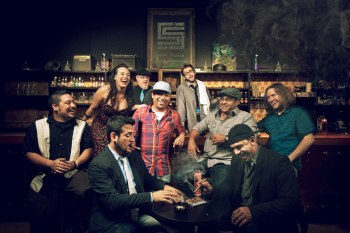 Hosted by Mr. Pauer and featuring
SuÃ©nalo and guest artists

Mr. Pauer is a is a Latin GrammyÂ® Nominated producer and re-mixer. With a long career as a DJ and producer he is one of the pioneers in the new sounds of Latin electronica!

Latin funk. Fusion. Jam band. Multicultural cocktail. The sound of Miami. Afro-Latin-Baby-Makinâ€™-Descarga-Funk. Theyâ€™re all names that have been used to describe SuÃ©nalo!