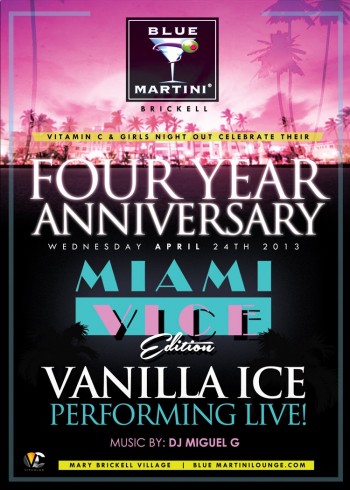 Blue Martini Brickell is producing a Miami Vice 90s theme party in celebration of four years of their popular Girlâ€™s Night Out party. Celebrity guest, Vanilla Ice, will be performing his 1990s single “Ice Ice Baby,” which was the first hip-hop single to top the Billboard charts.