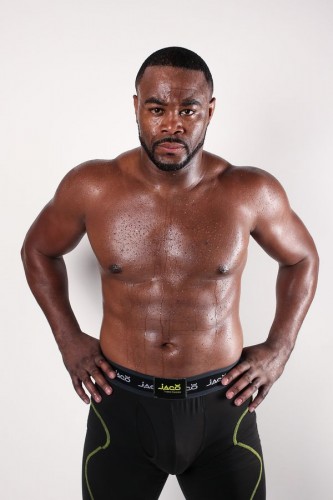 In conjunction with its free, live broadcasting of UFC fights, Seminole Casino Coconut Creek is hosting a free meet and greet with UFC Champion Rashad â€œSugaâ€ Evans on Saturday, March 16 from 8:30 p.m. to 9:30 p.m. at Center Stage. Fans will have the opportunity to get autographs and take photos with Evans. Immediately following the meet and greet, Evans will join fans in watching the UFC 158 broadcast of Georges â€œRushâ€ St-Pierre vs. Nick Diaz at Stax Poker Lounge and play in a bounty poker tournament throughout the fight. The tournament starts at 8 p.m. with two hour late entry.

Evans is an American mixed martial arts fighter from Lansing, Mich., currently signed to the Ultimate Fighting Championship where he is a former UFC light heavyweight champion. He holds notable victories over Chuck Liddell and Forest Griffin. Evans trains out of Albuquerque, N.M., with Jacksonâ€™s Submission Fighting. He is also a black belt in Brazilian Jiu-Jitsu.