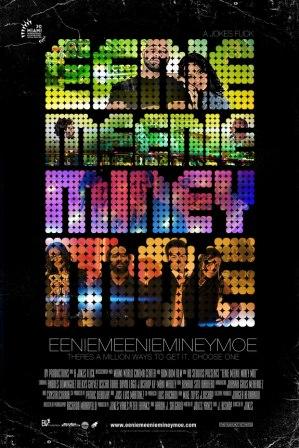 Miami Beach Heats Up With The World Premiere Of â€œEenie Meenie Miney Moeâ€ On Thursday, March 7 At 6:45 Pm, At The Miami International Film Festival.

Miami is known for its paradise like weather, sexy people, and its rambunctious lifestyle, making it the perfect setting for Eenie Minnie Miney Moe- an Indie Crime Thriller. The film is based on Raul, a tow truck driver in Miami Beach, who wants to make money and make it fast. He has the perfect tool to open the doors to any car in Miami. Each car holds a prize; he soon learns that every reward has its consequences.

Eenie Meennie Miney Moe is a true testament to the current generation in Miami. The film is brutally honest, unleashing the consequences of the hustle and bustle.

A Jokes Flick president JOKES aka Jorge Yanes is a Director, screenwriter, editor, and producer, JOKES began his artistic journey as a child graffiti artist. Consequently, he developed an audacious fusion for dramatic angles, colorful perspectives and specialized in intense characters. JOKES attended a magnet visual arts school as a teenager and began making films with his friends which became the building block for his career path. In 2006, JOKES directed the music video â€œGroundhog Dayâ€ for the band MAYDAY!, and upon upload to the newly launched site YOUTUBE, it quickly rose to become one of the Internetâ€™s most heavily viewed videos, receiving just under 3 million views in two days. What soon resulted was heavy media attention from outlets like the New York Times, E! Entertainment and ABC World News Tonight. After working with various high profile clients and developing short film musicals for a few notable talents, JOKES decided it was time to grow once again and began to pursue the narrative world of film making. In 2007, â€œOOHWEEâ€, the T-pain concert intro comedy film that featured T-painâ€™s acting debut was written directed and edited by JOKES and premiered to over 4.5 million SCREAM TOUR concert attendees. In 2008, Jokes served as editor on the Latin TV mini series event â€œGabriel: Amor Immortalâ€, which was nominated for 8 Emmyâ€™s, and was awarded the Emmy for best editing.