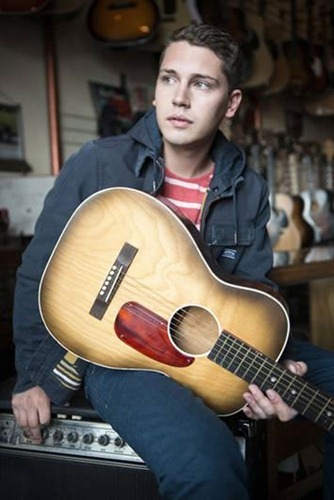 Local Miami native, Cris Cab takes the stage on December 14 with his fresh fusion of pop, reggae and soul. Cris’s success is not defined by his age and has a resume that reads like this: Mentored by Pharrell Williams; recording partner of Wyclef Jean; support act to O. A. R.,Matisyahu, T-Pain and Gym Class Heroes; and proud owner of over 7 million You Tube views.

The dialogue between Cris and his fans grew exponentially, resulting in the well-received EP, Foreword, and its original single, "Good Girls."  "Good Girls" brought Cris a broader audience, including Wyclef Jean.

With this continued momentum, Cris signed with Mercury Records. He released his debut single, "Good Girls (Donâ€Ÿt Grow On Trees)." The track, a re imagined version of his earlier release, was written by Pharrell, produced by Wyclef, and features Big Sean. 2012 saw the release of Cris Cabâ€Ÿs full-length mixtape, Echo Boom (currently downloaded over 300,000 times).

SPECIAL GUEST: DJ IRIE
Irie, who has the number one mix-show on Miami’s WEDR 99 JAMZ is known (The Miami Herald and Miami Tribune are among those who say so) as Miami’s number one DJ. Catch him on the tables at NBA All Star Weekend, VH1 Pepsi Superbowl Fan Jam, Fortune Magazine’s 40 Under 40, huge jet-setting events in countries including Germany, Switzerland, Austria, or in the Bahamas & St. Marten and spinning as the official DJ for the Miami Heat..
For more information, visit www.dwntwnconcerts.com
Like us on Facebook