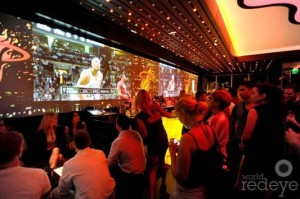 Haven is the un-official viewing party series for the Miami Heat, streaming the entire NBA finals series on is high definition wrap-around walls and offering a special â€œBig Threeâ€ menu of thermometer-bursting cocktails and eats. As a reminder, Chef Todd Erickson and Stoli HOT vodka have even offered to host a victory party with one-hour Stoli HOT open bar (immediately following the win) if LeBron, D-Wade and Bosh bring home the trophy.