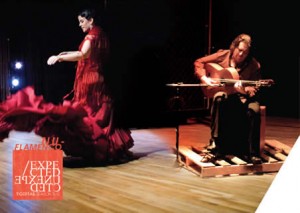 Nu Flamenco! There is a treat in store on April 21! Continuing Tigertail’s series of virtuoso guitarists, we have arranged an extraordinary concert at the Colony Theatre featuring contemporary flamenco guitarist JosÃ© Luis Rodriguez from Spain with dancer Niurca MÃ¡rquez. Rodriguez studied in Andalusia, Spain, under famed guitarist Mario Escudero. He has performed to great acclaim in Paris, London, Buenos Aires, New York, Barcelona and many other world cities.