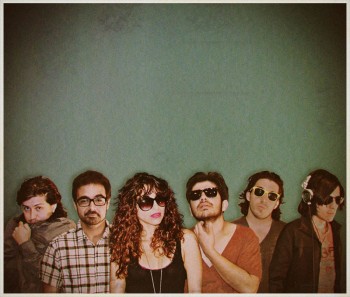 South Florida bands Radioboxer and Space Between Words will be joining forces once more to bring to life The Awesomer Show at The Stage. The two bands and the venue have been collaborating for the last three months in a series of events bringing from 300-600 people and giving the local Rock/Pop scene much deserved recognition and a serious jolt. The night will also include art installations from ACE (Artist Collective Extravaganza) and sets by FIUâ€™s Radiate FM DJs.

The Stage (Winner of Best Live Music Venue by MIAMI NEW TIMEâ€™S Best Of 2011) has rapidly become one of the top places in South Florida for live music winning fans with its state of the art sound equipment, easy parking, great location and great atmosphere. The Awesomer Show will bring the best performances and works of all artists involved as expressed by Hialeah rockers Radioboxer: â€œThese shows keep getting bigger and bigger pushing us to improve the experience for the audiences. For the show on August 13 we plan to give our fans a show like never before. Imagine your typical Radioboxer show (Music, lights, confetti, balloons, theatrics and blood) on steroids.â€

Radioboxer was awarded the honor of â€œBest Band in Miamiâ€ by the readers of The Miami New Times and has been featured on NBC, WLRN (National Public Radio), Miami Herald, Radionica, El Nuevo Herald, RevMiami.com, AOL Musica, Miami.com, ReMezcla.com, Myspace Latino, and many others.

With the release of their debut album And We All Follow the Sun and their electrifying shows Space Between Words have established themselves as one of the top acts to catch in Miami. They have been featured regularly in the local and national media and play a number of important events including Sun Fest and others.