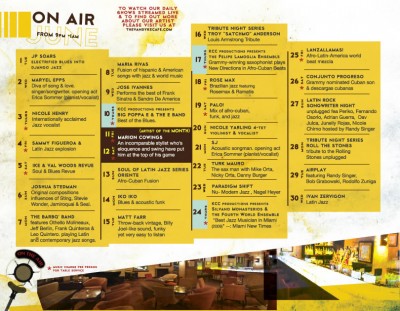 Upstairs at Van Dyke is a live music lounge and event space on the second floor of the historic Van Dyke CafÃ© overlooking Lincoln Road. Known for its warm and welcoming environment, the venue has made a name for itself by while playing host to the Jazz music tradition. The venue has also recently received a mention in Time Magazineâ€™s Miami: 10 Things to Do in 24 Hours issue. The refurbished space boasts a full-service bar, state of the art sound system, grand piano and is staffed by an acoustic engineer. Live music can be heard at Upstairs at Van Dyke nightly from 9 p.m. to 1 a.m. Thursday, Friday and Saturday.