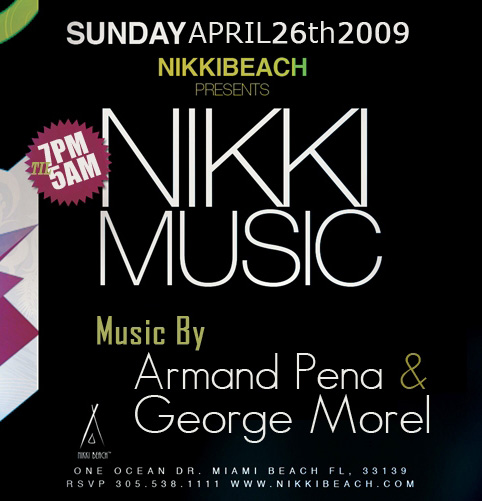 George Morel is one of the biggest DJâ€™s ever to come out of U.S and a true pioneer in the world of dance music. He began in the late 80â€™s and has appeared as a guest DJ in all of the top clubs around the world. George is especially well known in Ibiza where he has held many residencies clubs such as Pacha, Space, Amnesia, El Divino and Privilege.

His evolved musical style and the sound found in his dynamic, energetic sets keeps him touring the globe and bringing countless audiences to their bliss. He is currently found touring night clubs in Asia, Belgium, Germany, Greece, Spain, Switzerland, Turkey and UAE.

To date, Morel’s passion towards his productions encompasses all the new electronic sounds and elements, but still maintaining his unique Morel’s Groove. His recent productions include “Let’s Take Drugs” which was huge success and then was followed up by infamously funny, “Time To Party”. He is currently working on several remixes & original productions “Beautiful Life”, “Trip To Berlin”, Substance” & “Get On It” which will be out on his label, Groove On in May 2009.