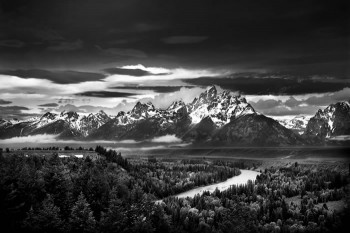 Join us for a rare Miami appearance by Master Photographer Clyde Butcher on Saturday, March 12 as we celebrate his new images from Across America.

We are pleased to announce our upcoming exhibition Clyde Butcher: Across America featuring new images by the Dean of Florida photographers.

His new dramatic images are the fruits of a five year project to photograph America’s most cherished natural places.

Clyde Butcher is recognized nationally as the foremost artist working in the tradition of the great landscape photographers.
He has received numerous awards and has often been cited as a contemporary Ansel Adams or Edward Weston.

The opening events for the exhibition include a slide lecture by the artist followed by a reception and book signing.
Both are open to the public. Reservations are required for both and there is a $10 fee for the lecture.

Departing from Florida, where he has earned a reputation as staunch supporter of the environment as well as a consummate artist, Butcher now invites us to experience entirely new environments with extremes of altitude, geology, temperature and light. For the past five years Butcher has traveled across the country exploring the majestic drama of our National Parks and open spaces. Spanning the four corners of the United States from Maine to California and from Florida to Washington he has made over 1,500 negatives to date with his custom built film cameras for this project.

Butcherâ€™s photographs seem larger than life, like the artist himself, and compel us to step into the places he depicts. His unique talent is that he sees and feels vistas that sing the spirit of place. The artistâ€™s sixth sense draws out the power and essence of the places he photographs.

Butcherâ€™s large scale photographs are permanently on view in many of the stateâ€™s public buildings including the Capitol, airports and museums. His books and prints can be found in the homes and offices of some of our most influential decision makers from legislators to corporate chairmen. Numerous museums around the country and the world have presented solo exhibitions of his work.

For fifty years Butcher has used large format view cameras similar to those used by Jackson, Oâ€™Sullivan, and Watkins – the men who accompanied Lewis and Clark and other explorers who widened the boundaries of a growing America. 150 years ago they sent home sent home astounding images that whet our appetite to experience these places ourselves. Butcher, with his heightened sense of drama, gives us just such images today â€“ images that let us see these places as if for the first time, with an intensity that often escapes the casual visitor.

Butcherâ€™s photographs are imbued with the spirit of unfettered possibilities – the same spirit that beckoned and challenged a nation of people to discover their future as they traveled west in awe and wonder through the American landscape. We are pleased to invite you to share this American spirit and vision.