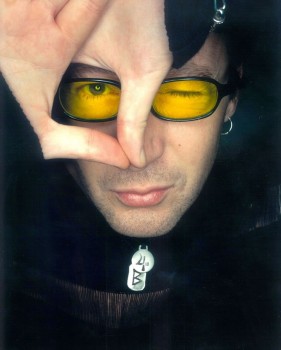 Internationally acclaimed musician, philanthropist and artist, Julian Lennon, will be making an inaugural visit to Miami to exhibit his personal collection of photography during the week of Art Basel Miami Beach. The highly anticipated exhibition will take place on December 1st through December 5th at The New Generation Green Room, Adrienne Arsht Centre for the Performing Arts, 1300 Biscayne Boulevard, Miami, Florida 33132. The exhibition will be open to the public daily from 12 noon until 10:00 p.m., with private, invitation-only viewing events on select evenings.

Produced by Awesome Global Events, in association with ACT Productions and Soulfrito Arts Foundation: â€œTimelessâ€ by Julian Lennon will be his own edited collection of more than 30 pieces of hand-signed portraiture and landscape photography, some of which will be exclusively on sale during the five-day exhibition.

Lennon developed a love for photography at a very young age and over the years has continued to view his world through the lens, and only recently decided to share his images with the public. The exhibition will primarily showcase Lennonâ€™s landscape work, but will also take us into the studio, where he recently photographed U2, as well as his Brother Sean Lennon.

â€œI have always felt that I have observed life, in a different way than others; probably because my life has been very different than most,â€ says Lennon. â€œMusic has always been one creative outlet for me, but now Iâ€™m happy to add another one too, that being photography. After meeting with a dear friend of mine last year, photographer Timothy White, he made me realize I should take my photography seriously. He was the one who suggested I do an exhibition, which I thought was a crazy idea at first, but after working through all of the images I had, I began to see that it could be a possibility with the right guidance. After the outstanding response from my first ever exhibition in New York earlier this year, I decided to continue sharing my work with further exhibitions, throughout the U.S and hopefully throughout Europe and beyond.â€

Julian’s pictorial landscapes and cloudscapes that are like poetic vignettes of an emotionally powerful life and portraits that seamlessly connect the viewer to the soul of the subject as if the camera were absent, painting a wonderful portrait of Julianâ€™s photographic mind.

Lennon has enjoyed a critically acclaimed music career, including multiple awards from 1985 onward. His highly anticipated sixth album, Everything Changes, will be released in 2011.

Lennon has been focused on making a difference in what has become a rather sensitively-balanced world. In 2008 he launched ‘The White Feather Foundation,’ embracing environmental and humanitarian issues in conjunction with partners from around the world and works to raise funds for the betterment of all life, and to honour those who have truly made a difference.