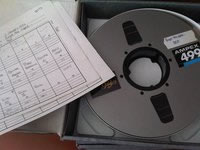 This event is an album release concert/charity event. Wake, the 8 song EP that the band recorded just before they broke up is finally being released. All proceeds will go to a local children’s charity for Thanksgiving.

The record was recorded on 1994 by Keith Rose at Criteria (RIP). He just finished mixing it 16 years later… and it sounds hard and loud… just like it should. So come on by… have a good time and help raise money for a good cause.

The band, who for the majority of the late 80s and early 90s was considered one of the best acts in Florida was made up of Rene Alvarez on vocals, Derek Murphy on drums, Rafael TarragÃ³ on guitars and JosÃ© TillÃ¡n on bass. Their heavy rock sounds were accompanied by introspective lyrics and emotional performances.

During the bandâ€™s 13 year career they independently released three recordings: â€˜Water and Wallsâ€™ (with then guitar player Michael Lashinsky), the acoustic â€˜The Subtleties of Angerâ€™ and their full-length release â€˜Stones for Steven.â€™ Their last effort ‘wake ‘ was recorded but never released due to their disbandment. The band, who opened for headlining acts such as Stone Temple Pilots, Candlebox and Gin Blossoms and shared the stage with other local favorites like Marilyn Mason, The Mavericks and Nuclear Valdez were a top draw in Miami and popular throughout Florida, as well as toured the East coast.