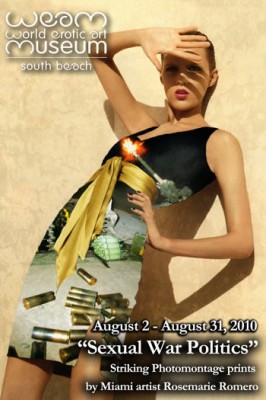 In a powerful display of artistic courage, Romero attacks global conflicts through her deconstruction and personal criticism of pop culture and politics which inhabit the lives of those who live in the 21st century. American pornography and fashion shoots are cut, scanned and juxtaposed against war photography from countries in war-torn conflict to incite dialog and reflection on our fragmented times.