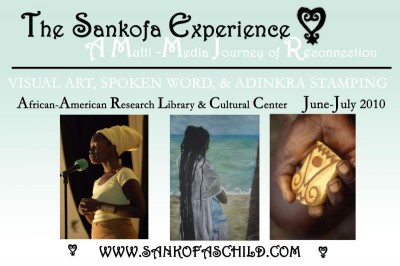 We live in a time of progress and rapid change. Consequently, we prefer to define ourselves in terms of where we are going, not where we come from. We have grown disconnected with our ancestors because we believe that they lived in times so different from our own that they are incapable of shedding light on our current experiences. Many of us have grown so indifferent with the past that we have convinced ourselves that history does not matter. 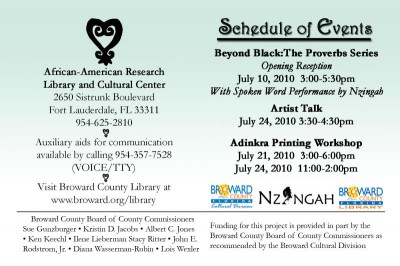 But history does matter. It has been said that he who controls the past controls the future. Our view of history shapes the way we view the present, and therefore it dictates what answers we offer for existing problems. This understanding of the connection between the past, present and future can be found by the Akan people of West Africa in concept they called Sankofa. It literally expresses that, “it is not taboo to go back and fetch what you forgot.” Sankofa teaches us that we should reach back and gather the best of what our past has to teach us, so that we can achieve our full potential as we move forward.

History can be used to propagate hatred and re-cultivate old racial, religious and ethnic tensions; or it can be used to unify people. It was knowledge of this in some older African societies, which encouraged them to put the repository of history into the hands of responsible, trained individuals called griots. The griots is a chronicler of history and the guardian of the knowledge of his peopleâ€™s ancestry, or genealogy.

The Sankofa Experience will occur at the African American Research Library and Cultural Center from June to July 2010. The Sankofa Project is a fusion of the concept of Sankofa and the work of the griots, in this case, the artist Nzingah is the mediator. In the journey to retrieve that which was forgotten Nzingah has created a series entitled, â€œBeyond Black: The Proverb Series.â€ It consists of portraits of people of African descent that the artist connected to specific African Proverbs. An exhibition of the series will occur from June 7 to July 30, 2010 at the gallery at AARLC.

On July 10, 2010, there will be an opening reception during which Nzingah will have a spoken word performance entitled, â€œSankofaâ€™s Childâ€ in the libraryâ€™s auditorium. â€œSankofaâ€™s Child,â€ is a personal and communal journey through the Sankofa process. In addition to the exhibit, there will be a workshop series during the month of July in Adinkra stamping, a printing process of the Ashanti people of Ghana. Participants will create their own personalized Adinkra cloth, in addition to learning some Adinkra symbols that represent popular proverbs and maxims.