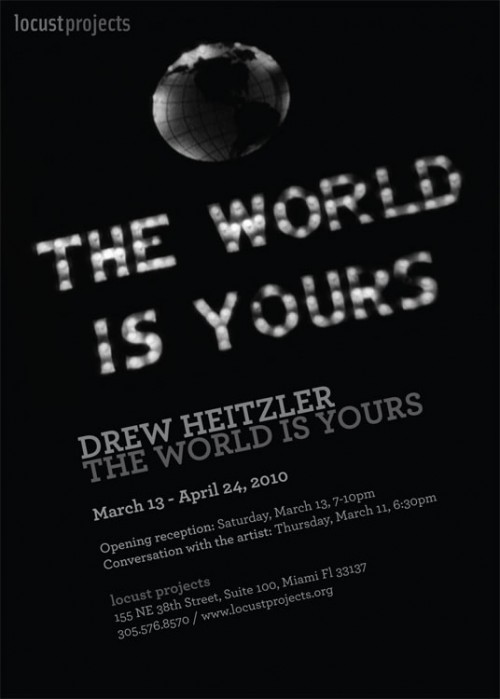 Drew Heitzler
THE WORLD IS YOURS
Opening reception: Saturday, March 13, 7-10pm
Through April 30
Conversation with the artist: Thursday, March 11, 6:30pm