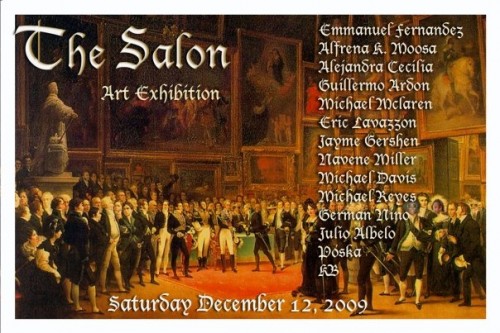 The Salon (French: Salon), or rarely Paris Salon beginning in 1725 was the official art exhibition of the AcadÃ©mie des Beaux-Arts in Paris, France. Between 1748â€“1890 it was the greatest annual or biannual art event in the western world.
The Salon’s original focus was the display of the work of recent graduates of the Ã‰cole des Beaux-Arts, which was created by Cardinal Mazarin, chief minister of France, in 1648. Exhibition at the Salon de Paris was essential for any artist to achieve success in France for at least the next 200 years. Exhibition in the Salon marked a sign of royal favor.
From Wikipedia, the free encyclopedia