{We apologize for posting this on the wrong date, it is actually SEPTEMBER 14th} 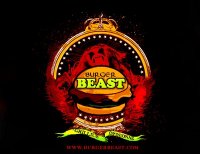 So who’s going to decide the winners? Local bloggers who I’ve been in contact with along with the Cast of Characters will be allowed to place one vote for each category. The Reader’s Choice will be via write in and that particular portion will start on Monday of next week.

Will there be an event? Absolutely. The Burgies Award Show will take place at John Martin’s in Coral Gables on Monday September 14th at 8pm. The Burger Beast menu will again be available that night as well as some new additions. If you attended our last event there, then you know we’ll have some giveaways which will include Burger Beast T-shirts, Burger Beast Caps, Giftcards and a few other things. It should be a great night and I invite everyone to attend. Come by and join the fun. I look forward to seeing you all there.