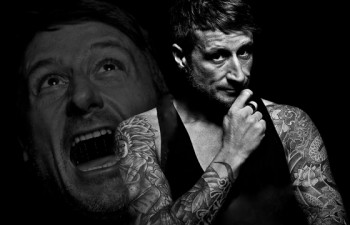 While Marco Bailey was in town last night, we took a moment to sit down and talk to him about his record label MB Elektronics, his new project MBR, managing studio time on the road, and lots more. Â Hereâ€™s what he had to sayâ€¦

Marco, you have a relentless touring schedule that takes you around the world almost non-stop.Â  How do you find the time to produce music & operate a record label in the middle of all that traveling?

When producing songs, I usually start them when I am flying in a plane, and then in the few days when I am at home I go to the studio and make the final mix.Â

For the label I have a good record company, News, they help me a lot, but of course the A&R I do myself so listening and deciding what comes out on my label is only done by me! Â For this, I always take time when at home or on a plane. Â I have a bunch of great fresh talents making great tunes & music all the time: Mattew Jay from Italy, Filterheadz, Simone Tavazzi, Hans Bouffmyhre, and many more!

Your record label MB Elektronics is basically a â€œwhoâ€™s whoâ€ of Techno.Â  Artists like Adam Beyer, Carlo Lio, Nic Fanciulli, Pig & Dan, Christian Smith, and many others have all released music on that imprint, but recently you have started another label, MBR Limited.Â  What was the reasoning behind this new project?Â  Will you be taking a different approach with this one?

With the New Label MBR Limited I want to release mainly my own music and in a slightly different direction of Techno from what you hear on MB Elektronics, MB Elektronics is my main label and is known for Energetic Peak Time tracks that are funky & Â powerful, but still TECHNO with force (and not to much Tech House). Â MBR limited is the deeper & darker side of Techno.Â

MBR Limited will also be releasing on vinyl again as well, while MB Elektronics is more digital releases orientated.

What advice would you give to an up-and-coming producer trying to get their music heard & released by a label such as MB Elektronics?Â Â Â

I only can recommend that upcoming producers donâ€™t release to fast, and that they listen to their music over and over, testing it out to really be 100% sure.

This mistake I have done in the past, that I have released to many things too fast. Â Less is sometimes more. Quality over Quantity.

On Wednesday you return to Treehouse in Miami during Art Basel, which is sure to be an incredible event.Â  Treehouse, one of Miamiâ€™s favorite venues for underground music is renowned for its vibe, which is somewhat due to the fact that it is a smaller venue.Â  How does playing to a more intimate vibe influence your sound?Â  Will you play any different in Miami than how you play oversees?Â

I really love the venue Treehouse in Miami. Â Ever since I played there the first time I felt at home. Â I really love playing in smaller clubs, because its intimate and you have more contact with the crowd than sometimes playing on big stages and festivals.Â Â

During your career youâ€™ve had the opportunity to see many different trends in dance music come & go.Â  What do you think the state of electronic music will be in 10 years?Â  Do you think it will be recognizable from what it is today?

At the moment i think Electronic Music scene is more popular then ever!!! Â A tune from David Guetta I think is as popular as a track from, say, Madonna back in the days. Â Because of this popularity, festivals are getting bigger and bigger crowds with mostly only DJ acts and of course also other cool genres like my sound Techno or Tech House or Deep House. Â If it continues this way i only can say that future is bright definitely in the next 10 years too!Â

Lastly, you are well known for being very versatile as both a DJ and a Producer.Â  What other artists excite you right now?Â  Who is really pushing the envelope these days, doing something different, and paving the way for the future?Â

I like so many artistsâ€™ music, not only Techno but many other genres. Â Aphex Twin is my ALL TIME hero in music, but also Recondite is delivering great work, and so is Mattew Jay from my Team.

Some other artists I think are outstanding in Techno are guys like Black Asteroid or Flug from Argentina, so many people to name, too much!Â