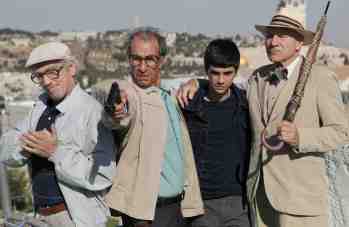 Expect the unexpected with over thirty internationally acclaimed dramas, documentaries and shorts that feature such stars as Isabella Rossellini and Patrick Stewart. Thirty films are World, North American and Florida premieres, and highlights include the hilarious opening night documentary When Comedy Went to School, with rare interviews by Jerry Lewis, Mel Brooks, and Jerry Seinfeld; a 30th anniversary tribute to Woody Allenâ€™s classic Broadway Danny Rose; and Bethlehem, Israelâ€™s Academy Award entry, about the Israeli-Palestinian conflict.

Special live musical and dance performances compliment select screenings, along with guest filmmakers, critics and arts editors who lead discussions following the films. Screenings are held throughout Miami-Dade during the Festivalâ€™s 10 days.