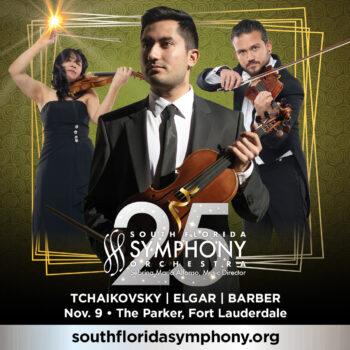 Salimdjanov is a multiple winner of the Lyric Chamber Music Competition, which led him to his New York debut recital in May 2019 and in May 2020 at the Lyric Chamber Series at the Kosciusko Foundation in New York. In November 2020, he had his Orchestra Miami debut performing Tchaikovsky Violin Concerto. In 2020 Mr. Salimdjanov won the first NSAL Piano and Strings Duo Competition and in 2019, he won Fourth place in the John Oliveira String Competition. Salimdjanov has performed as soloist with South Florida Symphony (during the recent Summer with the Symphony Chamber Music Series), Uzbekistan National Symphony Orchestra, State Conservatory Orchestra of Uzbekistan, Lynn Philharmonia and Orchestra Miami under the batons of Kuvanch Usmanov, Vladimir Neymer, Kamoliddin Urinbaev, Alan Paris, Guillermo Figueroa and Elaine Rinaldi. He performed as a soloist and as a chamber musician in Russia, Ukraine, Italy, Sweden, Singapore, Israel, and the United States.

In 2022, Salimdjanov was selected as one of seven violinists to participate at Geneva International String Academy in Switzerland. Salimdjanov was a concertmaster of Yong Siew Toh Conservatory orchestra and Lynn University orchestra as well as a substitute violinist at Naples Philharmonic Orchestra. He received his Bachelor of Music degree from the Yong Siew Toh Conservatory of Music in Singapore where he studied with distinguished violinist Qian Zhou. Mr. Salimdjanov completed his professional performance certificate at Lynn University with renowned violinist Elmar Oliveira. Some of Salimdjanov’s students are prize winners of international competitions for young musicians.

Edward Elgar’s Enigma, Variations on an Original Theme, Op. 36, is one of his best-known works that catapulted him to fame. Premiering in London in 1899, the work consists of 14 short musical portraits of several of the composer’s friends and family, and is considered to be one of the greatest compositions of the 19th century.

Upcoming SFSO concerts include Handel’s Messiah on December 3 and 4; Shostakovich, a Gottsch Ocklawaha World Premiere and Great Opera Arias on January 24, 25 and 28; Brahms, Sibelius and Berlioz on February 15 and 18, an all Dvořák program on March 22, 23 and 25 and season closer Rachmaninoff and Bruckner on April 26.

In honor of this milestone year and its new Miami home at the Michael Tilson Thomas Performance Hall at the New World Center (500 17th Street in Miami Beach), SFSO is celebrating with a special “Symphony Night OUT” at both Fort Lauderdale and Miami performances featuring a pre-concert Champagne reception (6:30 p.m. – Fort Lauderdale; 6 p.m. – Miami) and a 20% ticket discount (code: NIGHTOUT).

Season subscriptions are on sale, now, for the Miami season, the Broward Season at The Parker and Key West Season at the Tennessee Williams Theatre, opening on January 28. Tickets may be purchased by visiting southfloridasymphony.org/2022-23-season or by calling (954) 522-8445. Early subscribers receive a 20% discount off of single ticket prices and have access to the best seats in the house. Five-concert packages in Fort Lauderdale are available from $99; three-concert packages in Key West from $60; and three-concert packages from $60 and four-concert packages from $76 in Miami. Single-show tickets, including student ticket and group rates, are also available starting at $15 at The Parker and $25 at New World Center and Tennessee Williams Theatre.