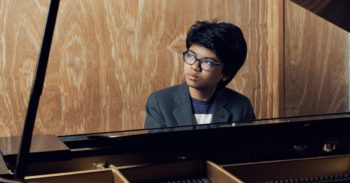 Piano prodigy Joey Alexander is the next featured artist scheduled to perform at ‘JazzAid Live at the Banyan Bowl’ at Pinecrest Gardens. At just 17 years old, the young musician has countless accolades under his belt, including a solo performance at the 58th Grammy Awards and a White House performance for the Obamas alongside Wayne Shorter and Esperanza Spalding, as well as an NPR Tiny Desk Concert and a Carnegie Hall debut.

Joining Alexander will be Ashley Pezzotti, a 24 year old graduate of the University of Miami’s Frost School of Music, whose jazz career is taking off. Pezzotti was the winner of the JazzMemes-hosted #WhatTheEllaChallenge, singing along to Alexander’s song, Someone to Watch Over Me. Pezzotti released her first studio album, We’ve Only Just Begun, in 2019.

Alexander’s upcoming virtual concert will broadcast live from the Banyan Bowl at Pinecrest Gardens at 8 p.m. EST on Saturday, March 13. The cost is $15 for an individual performance, with a generous portion of ticket sales being donated to World Central Kitchen. Tickets can be purchased online at www.pinecrestgardens.org/jazzaid.