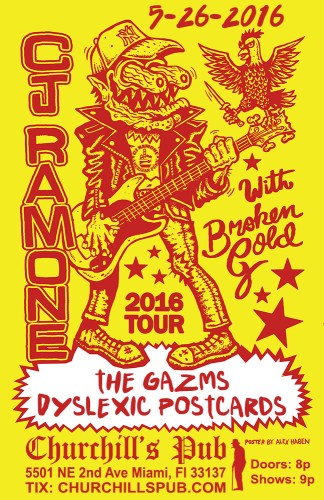 CJ Ramone is the artistic name of Christopher Joseph Ward, born
October 8th 1965, known as the famous and latest Bass Player of
the most legendary American punk rock band The Ramones. CJ
joined the band in 1989 filling the most difficult shoes to be
filled, Dee Dee Ramoneâ€™s, one of the founders and main composer
of the band. Since the band retired, he has played in The
Ramainz, which was formed by Dee Dee Ramone, Marky Ramone and
Dee Dee’s wife, Barbara Zampini. He also played with Axe Attack,
Los Gusanos, and his last group effort was with Bad Chopper.