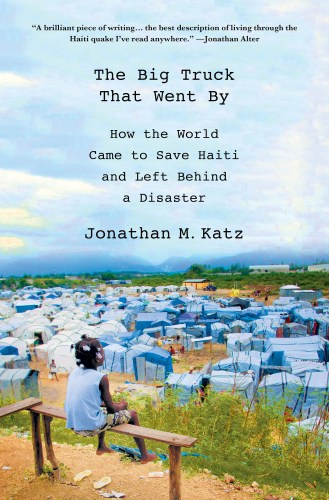 On Wednesday, April 2, author Jonathan M. Katz will be in Miami to launch the new paperback edition of ‘The Big Truck That Went By: How the World Came to Save Haiti and Left Behind a Disaster’ with a reading at Books & Books in Coral Gables.

Published to glowing reviews and winner of multiple awards, ‘The Big Truck That Went By’ is a crucial, timely look at a signal failure of international aid. Katz was the only full-time American news correspondent in Haiti on January 12, 2010, when the deadliest earthquake in the history of the Western Hemisphere struck the island nation. More than half of American adults gave money for Haiti, part of a global response totaling $16.3 billion in pledges. But four years later the effort has foundered. Its most important promises-to rebuild safer cities, alleviate severe poverty, and strengthen Haiti to face future disasters-remain unfulfilled. How did so much generosity amount to so little? What went wrong? In what a Miami Herald Op-Ed called “the most important written work to emerge from the rubble,” Katz follows the money to uncover startling truths about how good intentions go wrong, and what can be done to make aid “smarter.” Reporting alongside Bill Clinton, Wyclef Jean, Sean Penn, and Haiti’s leaders and people, ‘The Big Truck That Went By’ is a complex, darkly funny, and unexpected portrait of one of the world’s most fascinating countries.